Thursday, May 26, 2016.  I have not been to the office since April 21st.  That is 35 days (if you were counting).  One of the first things my doctor discussed with me was that there would be no work.  Instead, I needed to be completely focused and dedicated to getting better over the next 6 months or so. [I asked her again about working at a follow-up appointment a week or so ago, questioning whether any patient being similarly treated had worked, and hoping that maybe I could figure out a way to go back even part time.  She responded that no patient in this condition had ever worked.]  My partners (who really are my friends) and the firm generally have been incredibly supportive.  So supportive in fact that I sit here often and reflect on how lucky I am to be affiliated with such a great law firm and have partners jump into matters on a moment’s notice to lend a hand.

Although I am still copied on some e-mails and have dialed into a few court hearings (just to listen in),  the lack of constant action, travel, court appearances, phone calls and meetings has really sunk in.  And I miss all of it — a ton.  This is because I love what I do.   I also love the people that I get to do it with.  All of which makes getting out of bed in the morning and getting to the office that much easier.

Today I got to spend some time with a few of my partners and other close friends in the restructuring community.  [The restructuring community itself is so incredibly tight nit that it is hard to describe to someone that is not a card carrying member.]  With a lot of alone time over the last 35 days, I have been able to reflect on the special relationships that I have developed through work over the last 14 or so years.  And while it is unfortunate that it took cancer to really open my eyes and fully appreciate the depth of some of these relationships, I am so excited about the prospect of getting back to the office and making the most of each day with partners and friends (at various firms, banks and consulting businesses) that I now have a new found appreciation for how lucky I am to both enjoy what it is I do and the people that I can get to do it with.

I have been threatening to go to Dick’s Sporting Goods for 2 weeks to buy some equipment for my home gym.  Having discontinued my health club membership at the doctor’s suggestion (for fear of germs), I had thought I would be working out at home constantly.  Hopefully I will have the energy and desire to make that happen soon.  Only time will tell.  But it was fitting that Chris came over this afternoon, drove me to Quest Diagnostics for my blood work, and then took me over to Dick’s and helped me get what I needed.  In addition to having worked together for most of the last 14 years, Chris and I also have worked out together at various points during the same run.  From Sports Club LA, to Crunch to Equinox, I still remember going to the gym with Chris at 9 pm (we were neighbors on East 63rd St.) after eating turkey burgers in the office for dinner (also fitting that we had turkey burgers for lunch today).  I even remember talking to Chris about my move to Kirkland (that he ultimately made too) while were we doing the stair master one night at Sports Club LA.  For some reason I knew to wait until today to get over to Dick’s so that Chris could lend a land in getting me organized… 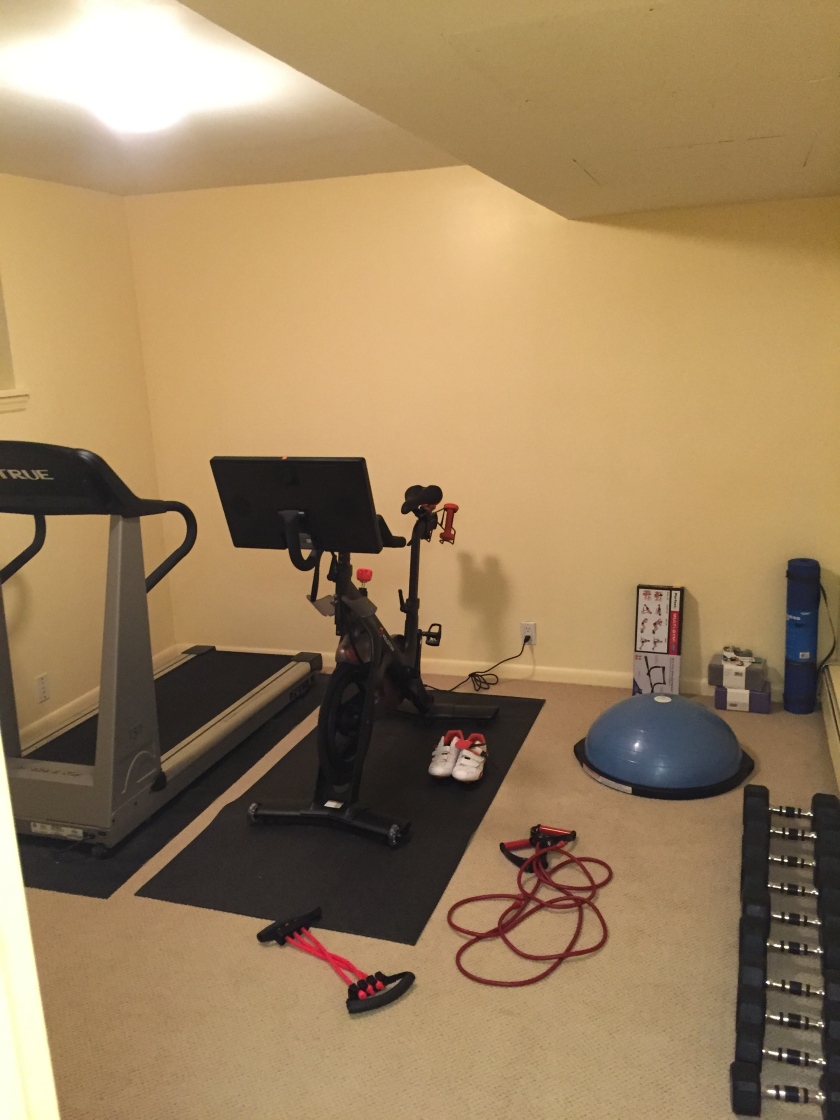 I woke up from a short nap and found Nicole at the kitchen counter with Jen.  The equivalent of a sister, Nicole and I have been working together every single day since I started practicing law in 2003.  In fact, Nicole and I literally moved to Kirkland on the same exact day.  [I still remember having breakfast with Paul and Nicole in February 2007 on very our first day at Kirkland and I know Russ will never forget the Chinese food take in night when I convinced the Greenblatt’s to move to Kirkland (no need to discuss the near head fake I pulled on the day it went down).]  As crappy as I felt today, when Nicole said that she was taking me to meet Shai at Lusardi’s for a quick bite, I knew it would be good to get out.  I said I needed to check with Jen, although Nicole assured me that Jen was OK.  I should have known something was up when Jen told me I needed to change.

Shai, the only person who likes Lusardi’s more than me and the guy responsible for not only hiring me at Weil but introducing me to restructuring when I was summer associate (and whom has served as a big brother and confidant throughout the years), had coordinated a small dinner in the back private room (with Nicole’s help) that included some of my good friends from over the years.  It was great to get out for the first time in 2 weeks.  And it was even better to be able to share a few laughs with, and hear some bad jokes from, people that I have worked with over the years.

A day like today helps me to appreciate how lucky I am to have found a career that I truly love, a firm that goes above and beyond to demonstrate its support, and colleagues/partners/even adversaries that I count as friends and family.  All of which will make getting back to work that much sweeter and more enjoyable even if I have to be patient for 6 months.

Off to the shore first thing tomorrow; can’t wait.